THE 9 CHOIRS OR SPHERES OF THE ANGELIC REALM

Their Angelic hierarchy goes from the center of the Light out instead of the pyramidal hierarchy like the one of humans.

Celestial beings that are considered to be closest to the human beings. This order includes guardian angels of mankind, and they are here to help our process.

The common Angel has the appearance of a tall human with “phantom-like” wings. They have the capacity to access any and all other Angels at any time. They are the most caring and social to assist those who ask for help.

They can not manifest themselves to us unless we call upon them . Angels feed from the energy of LOVE and they are responsible of the spiritual evolution of humanity. 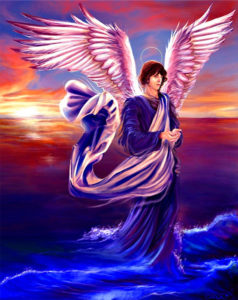 The best known of all Angels. Their principle service consists in revealing prophecies, knowledge, and understanding of God’s will, which they receive from the higher orders of angels and announce to the lower order (the angels), and through them, to men.

They are said to be slightly larger than Angels.

They have the responsibility to keep the order in the four cardinal points.

According to the Hebrew tradition there are 7 of them but in the bible they only mention 3. They are also called planetary spirits and their leader is Michael. 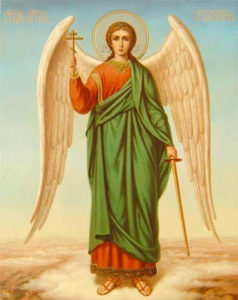 Their duty is to carry out the orders given to them by the Dominions and grant blessings to the material world.

The Principalities wear a crown and carry a scepter

They are guides of large groups of people, cities and nations. They oversee closely the actions of rulers and spiritual teachers. Principalities are guards against the invasion of evil angels.

These angels are named principalities because they have command over the lower level angels. They take care that all the divine orders are being fulfilled. The angles in this class are also responsible for raising worthy & deserving people to higher and honorable levels. 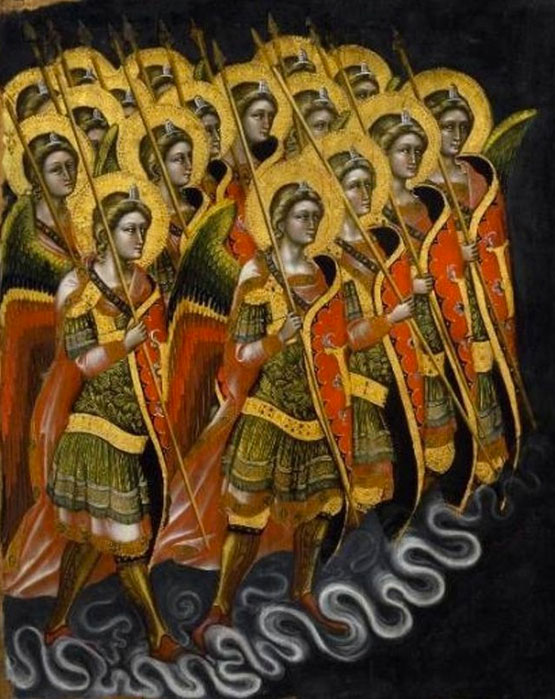 Powers are Warrior Angels against evil defending the cosmos and humans.

The Powers are described as “warlike and fierce” loyal to God.

They work diligently to oversee the distribution of power among humankind, hence their name.

Their job is to prevent the ‘fallen angels’ from taking over the world and keeping the Universe in balance. They are also seen as the Angels of birth and death.

They are considered to have control over stars, moon, seasons and even sun. They are also responsible for providing grace and courage to the worthy & deserving humans. 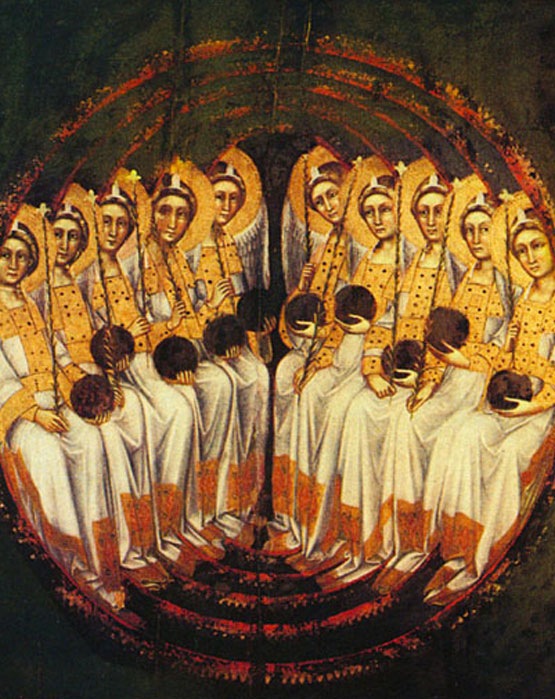 They are considered as the symbols of divine strength and responsible for blessing the saints with the power of doing miracles like foretelling the future or healing the sick.

Their bodies appear to be blurred, almost transparent. They are referred as the “brilliant or shining ones”

They govern all nature. They have control over seasons, stars, moon; even the sun is subject to their command. They are also in charge of miracles and provide courage, grace, and valor.

Their primary duty is to supervise the movements of the heavenly bodies in order to ensure that the cosmos remains in order. They possess great strength and appear to be “workhorses” of the angels. 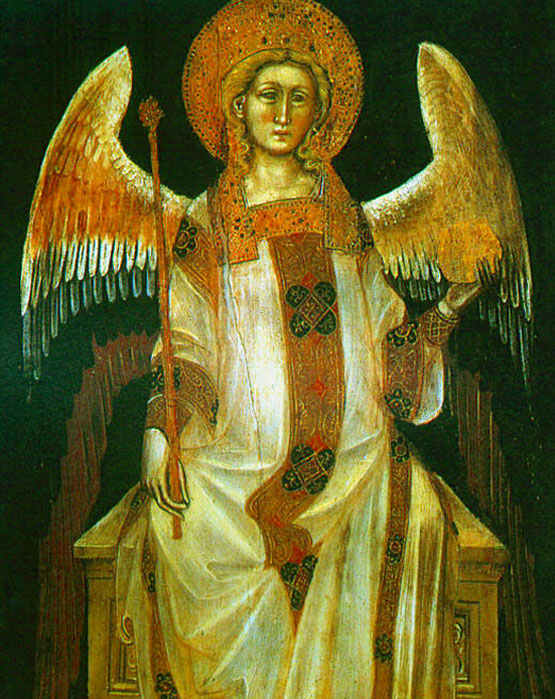 Their primary function that God delegates to them is the task of regulating the duties of lower angels. As their name implies these angels present order to the lower ranks and will on occasion make themselves known to man.

They carry a sword and/or a scepter

They preside over nations. Dominions are Angels of leadership. Dominions mediate their power to the lesser Choirs of Angels across the entire cosmos.

The “Law of Cause & Effect” flows through them.

Dominions are Ministers of God’s Justice to the Cosmos and the world. 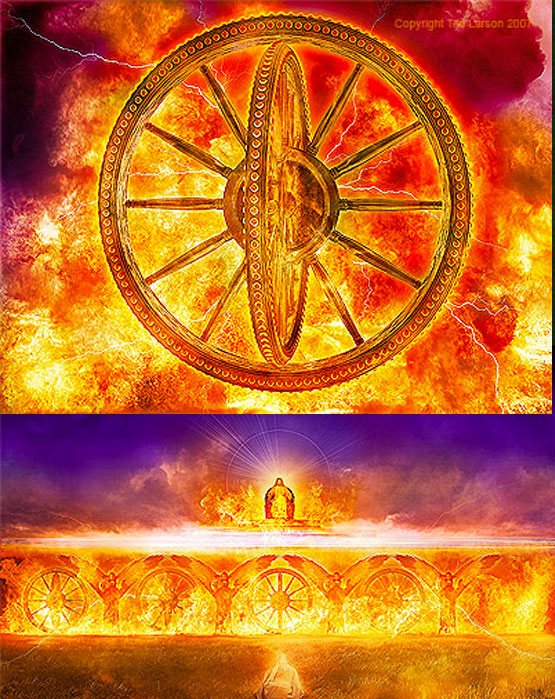 This class is the last class in the highest hierarchy of angels and is considered as the symbols of God’s authority and justice. Various testaments have symbolized the importance of thrones in different ways but the common reference about this class of celestial creatures is that they are related to the throne of GOD.

Thrones are said to have the strange appearance of a giant wheel covered with eyes.

All the lower Choirs of Angels are dependent upon the Thrones to access God.

Thrones may channel their energies through your Guardian Angel to carrying out an assignment from the Justice of God rather than deal with you directly. 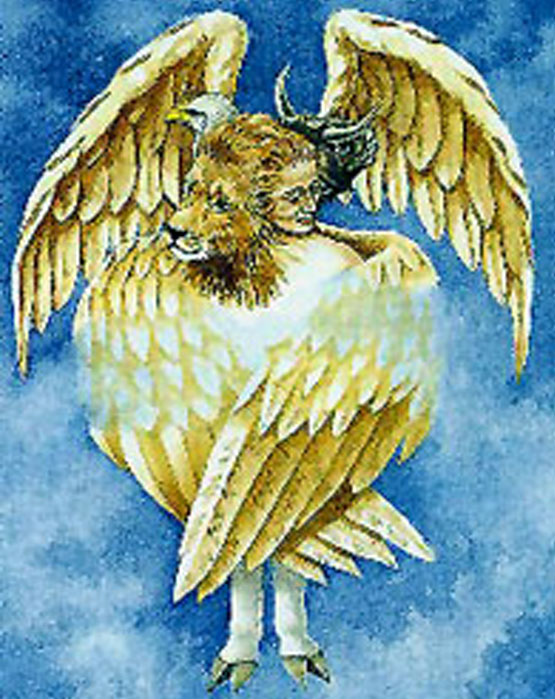 Fullness of Knowledge or Wisdom

Cherubim rank after the Seraphim and are the second highest in the nine hierarchies or choirs of angels. Their name signifies “fullness of knowledge.”

God often dispatches them to the physical realm to do specific tasks such as the expulsion of man from the Garden of Eden and the Annunciation of Christ.

The Cherubim have four wings and four heads. The four heads point to the four points of the compass.

According to bible’s reference, these angels were first referred to as the chariot of GOD and were later considered to the angels.

They are the spiritual leaders of Heaven and the keepers of the celestial records. 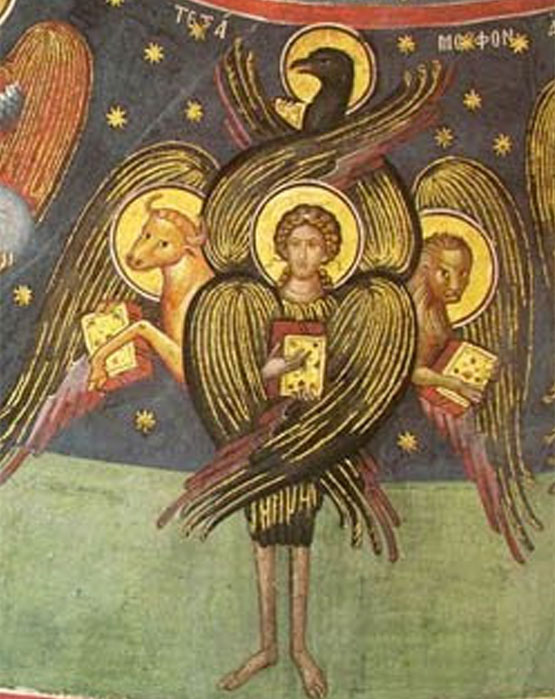 They are the highest order or choir of angels. They reflect God’s goodness and His Absolute Holiness.

The Seraphim are the leaders of the Angel race and the defenders of the creator; they surround the throne of God.

They receive revelations of God before the other angels and then relate such information to them.

Each Seraph radiates powerful light – a light so powerful that even Thrones and Cherubim cannot look at them.

The throne-room of God as described by Ezekiel. 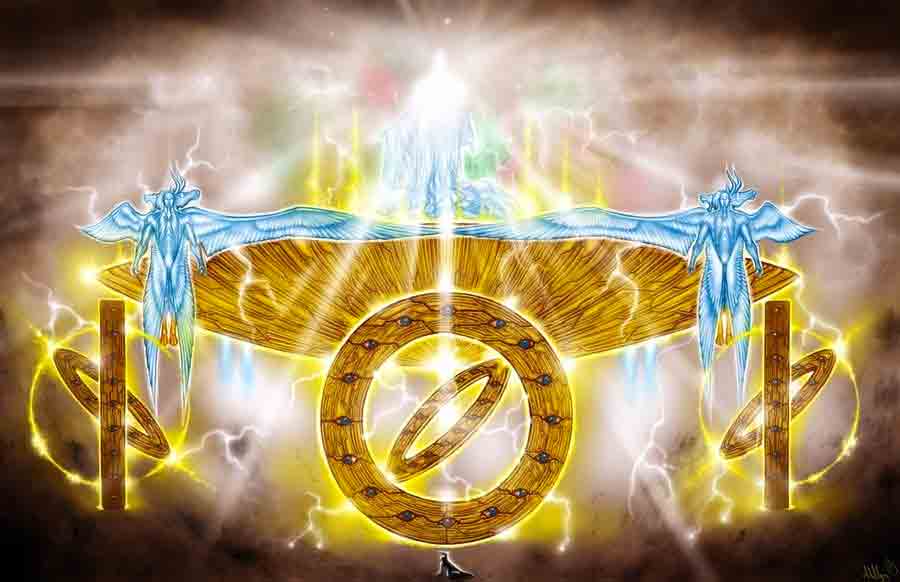